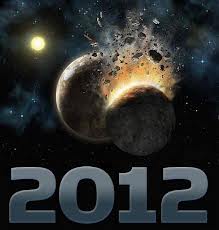 2012 has a been a year of unexpected obstacles and a re-evaluation of my life’s priorities. Things did not go as I planned, (much like every year) but I was led to new avenues and new friends that I am truly grateful for. It’s been a year of transition with my move to a new apartment in May, a move that occurred 3 months earlier than expected. I watched my apartment evolve from a tree-house, to a hideout, to a grown-up living space over the last seven months. My life is no where near what I expected it would be 12 months ago, and that may turn out for the better.

That seems to be the theme with video games for 2012. Retail boxed games failed to command the greater discourse of the playing audience. Some websites have gone so far as to say that 2012 will go down in history as one of the worst years of modern gaming. This is a knee-jerk reaction to the bigger AAA titles that failed to live up to expectations and the aging consoles that have seen their third (sometimes fourth) iteration of franchise titles featuring overly familiar gameplay mechanics, characters, and plots.

I had a chance to look through my game library for 2012 and made a curious discovery. My physical collection of games included a few good, not great, shooters and a bevy of HD re-release collections. When I fired up my consoles, however, I spotted more than a few download only games. These games used to be appetizers before the main course–little blips of gameplay that were synonymous with yesteryear ports and mindless advertising cash grabs. Now, these once overlooked titles have assumed the role of titans, smashing the old gods with weapons of refreshing gameplay and clear vision. unlike their boxed copy relatives, download only games are created by smaller studios, so they need only make the game they wish without having to appease a looming publisher. Sacrifices were made. Most download only titles will lack cutting edge, photo-realistic graphics, but developers continue to implement artistically breathtaking visual styles along with top tier sound design and experimental fiction. As we all patiently await the next wave of next generation consoles, it will be interesting to see what the major platforms will do to entice the smaller, independent game developers to create exclusive content–we may not have a next generation without them.

2012 will go down in history not as a bust, but as a rebirth–a re-evaluation of what is possible. This sentiment is as true for myself as it is for gaming. It will come as no surprise that my list of 2012’s finest games include nothing but download only titles, which will be known henceforth as simply games. You may also notice that my list is a top 5 instead of a top 10. I haven’t been able to play all the notable titles for 2012 including: Assassin’s Creed 3, Mass Effect 3, Farcry 3, (noticing a pattern?) and The Walking Dead. I purchased and downloaded The Walking Dead to my PC, but I could not get it to launch. I am not a fan of Assassin’s Creed‘s story to begin with, and I’ve heard nothing but damning complaints aimed at its mission designs. Mass Effect 3 proves that bad storytelling can take down a commercial juggernaut and erase any memory of a well made game–fans of the series may think twice before picking up something with the Mass Effect logo on it. Far Cry 3 is an unexpected gem that I will enjoy sometime in 2013 along with Sleeping Dogs, Sound Shapes, X-COM, Retro City Rampage, Tokyo Jungle, Sine Mora, and The Unfinished Swan. So without further ado, let’s finish this list!

Congrats to Thatgamecompany for making a game that will NEVER be recreated again. It is an experience that transcends people’s concept of what games are to the point of sacrament. I will always remember the first time another hooded figure joined my game and showed me where to go in the desert only to have a startling realization that the NPC was actually a real-life player.

NUMBER 4: Mark of the Ninja

Stealth is difficult to communicate in a game, but Klei creates such a dark and precise world that gives you full control of a ninja. Any mistake made feels like your mistake and not a clunky chunk of programming. The game also feels silky smooth whether you decide to terrorize your enemies to death or slip by unseen.

This game is a Kickstarter success story. Had I known this mix of rogue and space sim would gel together this well, I would have contributed ten times my investment for the game on Steam. No other title this year captures the elation of classic science fiction and the genre’s exploration of a dangerous universe. You make all the decisions on this ship as its captain, and you accept all the consequences as well.

From the thumping score to the animal masks, Hotline Miami is a visceral, attitude-fueled murder fest. The 1980’s are a perfect era for the game’s non-stop blood baths, debauchery, and excess. The sountrack is one of the most impressive collections of licensed and exclusive music that all sounds custom made for your mission. A sequel is already in the works and a rumor of Vita support could grant you the ability to bring Miami with you wherever you go. I will not look at doors the same way again.

Brilliant. The game transforms from a fantastic platformer, with an ingenious world rotation mechanic,into a sinister puzzle game so gradually that you are left wondering just how deep this game goes. I missed the initial fervor created by Fez early in the year with websites working together to solve the game’s more esoteric riddles, but I’ve managed to avoid any spoilers for the game though my initial playthrough. Starting a game up again immediately after completion is always a sign of something special and Fez is a testament to what can be accomplished with a clear vision and the patience to see it through to completion. Did I already say brilliant? 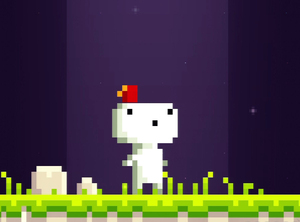